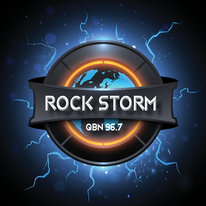 We recently met a wonderful fellow known as Doc, who runs a Rock and Metal show on 96.7 FM in Canberra and its surrounds. Rock Storm! We asked him to tell us a little more about his background and promotion of metal on Australian airwaves…

I am known as Doc, and have a deep love of all music, especially metal. I grew up in various places including 2 years in America and did most of my schooling in Brisbane, this is where I got into the music scene.

Joining a band called Aries, I did some backing vocals, a little keyboard, and did the lights for the band as well. Aries was a 4-piece (occasionally 5-piece) band that developed into hard rock/heavy metal, covering bands such as Guns n Roses, Black Sabbath, Deep Purple as well as Rolling Stones, with deep hard rock-metal originals . Aries became quite popular on the pub circuits around Brisbane and toured such places as the Powerhouse at Mooloolaba. Aries started with a band and they took turns opening for each other as well as playing with other bands. That band went on to achieve a small amount of success in music circles, that band was known as Powderfinger.

Doc started the Rock Storm Radio Show in September 2020 after finally coming off shift work and seeing a gap in the radio market for a hard rock and heavy metal show on QBN FM 96.7.

Playing all genres of metal Doc is always on the lookout for new artists and songs, which can be sent to rockstormmusic@gmail.com along with a bit of a bio.

Doc is currently in close contact with bands such as Temtris, Madhouse (Italy), Shockwave (New band), Reign of Terror, Magnertron as well as many others. Metal is alive and healthy in Australia (and Canberra, where Doc is from) and is something that should be out there.

The Rock Storm Radio Show can be heard on Thursday nights on QBN FM 96.7 (Download an App and listen in), the show starts at 6:00 pm Canberra time with the Radio Rock session and Metal Madness kicks off at 8:00 pm.

New Interview! Vienna's Golgi Apparatus were kind enough to have a chat with us about their "Gespenstermusik" 2021 release named "Breach". This album and the accompanying instrumentals are amazing. So great to get to know more about how things happened behind the scenes, and what they're working on next!darkstereo.com/interview-with-golgi-apparatus/ ... See MoreSee Less