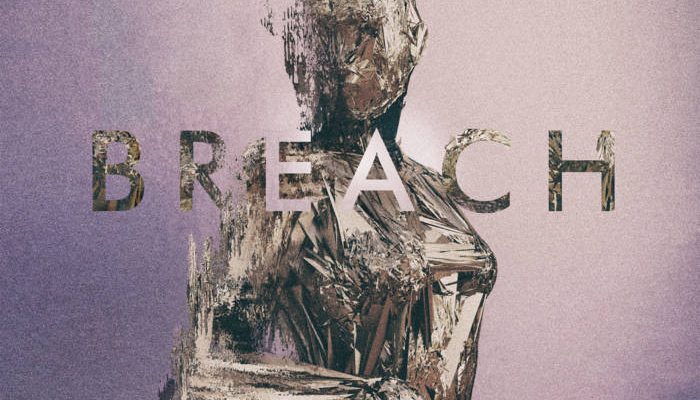 A duo from Vienna! Yes, we recently caught up with BG and CG from Golgi Apparatus, to talk about their ghostly release “Breach“, and to find out what the band is up to for the rest of 2022!

Can you please tell us a little about yourselves and something interesting or unusual about the part of the world you are living in?

We come from a city of contrasts, a place where beauty and morbidity collide as well as coexist. As a simple example, Vienna has often been voted the most liveable city in the world, but at the same time it is well known for being one of the most unfriendly towns in the entire globe. But these opposites are what makes it all so interesting. The theme of polarity is an element we often use in Golgi Apparatus as well.

As for us, we like dogs, we love to grow and eat plants, we spit in every river we come across, we share the same blood and we try really hard to be as friendly as a Viennese can be! Oh, and the second “G” in Golgi is pronounced like a “J”!

How did your duo meet, and what were your different roles in the creative process for “Breach”?

Since we’re siblings, we met at each other at home! So that was the easy part. Golgi Apparatus was born from the ashes of another music project, that consisted of five great, but musically quite differently knitted personalities. As soon as this other project disbanded, we – BG and CG – started to pursue our shared vision, which ultimately lead to the formation of Golgi Apparatus.

We began to look for a way to sound like a “full” band, even though we operate without an actual drummer, bassist or backdrop musician. To conquer this problem, we developed a dark and massive guitar sound and learned how to deal with digital music production.

The majority of the music for Breach was written and arranged by BG while CG took care of the vocal lines, but the final touches were always made together in the rehearsal room. Lyric-wise we also split the writing up between the two of us.

I’ve come to really appreciate the unexpectedness of your music. The sounds change styles, instrumentation and feel like they are alive and evolving in your ears. Do you usually have a track’s concept in-mind before you record, or do you both work in a more free and organic fashion?

That’s a very nice compliment. The process of creating the songs differed from track to track, although every one of them started with some sort of a mental concept rather than a riff that just came to existence.

“Orca” for example, originated after witnessing a video that documented a highly-complex and eerily well-orchestrated hunting method used by a pod of killer whales. Their goal was to prey a lone sea lion that was trapped atop a drifting ice floe. The way the whales took their time to repeatedly create inverted waves beneath the ice to get it to tilt, so that the sea lion would slip down into the predator-infested waters, was an equally terrifying and captivating display of dominance, intelligence and animalistic malice, since the sea lion’s fate was doomed from the beginning. So the main idea for this particular song came from trying to translate this imagery into a musical theme or scenery, which then evolved into the metaphor of societal repression and the abusive powers that be. I guess that’s why our music sounds as it does, since there always was an idea, a thought, a feeling or a story to work away from.

When we started to actually record the album, we had a pretty good vision of how it all should come together. Johannes Cap from Redroom Soundlabs, who did the whole recording and mixing of Breach, really helped us to tie it all together. Without his idealistic expertise and superb gut-feeling, the whole album would have never ended up as special as it did.

What variety of instruments did you use on Breach, and overall how long did it take you record and release all the music?

The intention was to create a uniquely dark, heavy sound, that also suits and reinforces the mostly aggressive vocals, as well as the lyrical side of it. Since Golgi Apparatus only consists of two people, one instrumentalist and one singer, we had to do things a little differently – which was fine, because we’re into that. The amp you hear on Breach was custom built by Ben Verellen (Helms Alee) and delivers a tube distortion that feels like nothing else. The 7-string guitar that further defined the overall sound was crafted in Germany by the fantastic people of Hapas Guitars. Effect pedals like an octaver add further low end and harmonies, in absentia of an actual bass. The drums were all programmed and pre-mixed within a digital audio workstation. This initially started because we didn’t have a drummer for our first rehearsals as a duo, so we improvised and then gladly stuck with it. The often very mechanical and harsh drum sound adds to the dynamic of the whole musical concept, which rotates around humans, machines and one colliding with and morphing into the other. Other than that we used a pretty strange synthesizer from the late 80s and some MPE-instruments to build additional atmosphere, scenery or leads.

Since Golgi Apparatus started when we were both pretty invested in our professional career, it took us about a year and a half to get from first ideas to the final product. But we’re trying really hard to be a bit more efficient with our next release!

How would you describe your music to new listeners? I ask because I’m lazy and really finding it difficult to narrow down!

The kid of a friend described it as “Gespenstermusik”, which basically translates to “Ghost Music”, and that sums it up quite well. It is raw, heavy, poetic, gloomy, atmospheric and ambivalent music, that pulls you in the more you let go. It most certainly isn’t music for everyday, but music for those days.

What you are both working on at the moment? I’m curious if there is more Golgi Apparatus coming out this year! What kinds of themes and styles can we expect in your future creations? A continuation of Breach’s concept, or something else? I’m also curious how you found the post-release phase once Breach was released? Personally, I find it quite difficult after releasing music, as you have to find something to fill that hole in your life again. Also, I’m curious why you chose to release the instrumental version of Breach as well. I think it is fantastic to have both versions! Just wondered what inspired you to have two versions of the tracks out there.

After a few stressful months, right now we’re getting back into the rehearsal room. Whilst refining the tracks from Breach we also conceptualize, write or review new material. So yes, there is definitely more Golgi Apparatus on the way. Even though the themes of Breach sadly seem to fit our time and its many issues better than ever, the next release will definitely not be more of the same, but more of the better.

Our first album had quite a submerging and bleak undertone to it, which was how we really felt it should feel like. The sound, the tracks and their words were a reflection of, and a valve for how we experienced our lives a few years ago. But time went by and the world has changed quite a lot since writing Breach – on a global as well as on a personal and emotional scale. So yeah, the new music is going to sound like Golgi Apparatus, it will feature harsh and heartfelt vocals, brick-hitting and ghostly guitars, electronic parts and samples, but it will be a little different in some aspects. Which is a good thing, just like change is. We really hope to get some new material out as soon as we can.

As for the second part of your question, we released Breach pretty much at the beginning of the pandemic, so we sort of chose a peculiar time to present something that is best experienced live and loud. Right now we’re actually getting ready for our first real concerts, where we’ll try to expand the musical experience into further dimensions and make the gigs something special. But what we’ve lost in live-experiences, we’ve gained in very personal and unique words of appreciation from all around the world. With our music we were a part of quite some people’s lives, especially in such a obscure time as the first pandemic year, and that still feels really surreal to us.

We’re humbled by the way our unusual and irregular niche music seemed to really strike a chord with people of various backgrounds and musical preferences. Though Breach is pretty extreme, there almost always seems to be something to enjoy for anyone.

That was also one of the reasons for us to release the album as an additional instrumental version. We try to tell stories and paint emotional landscapes, but not only with words. The somehow cinematic music invites your mind to wander and imagine the things that move it. It is music that was always intended with vocals, but at the same time can exist and evolve on it’s own. It would have a been a missed chance for us to not release it as an instrumental. And the numbers from different streaming platforms show that people also appreciate this alternative version of Breach and Golgi Apparatus.

So all in all the release did especially leave a hole of unfulfilled fantasies of performing live, but also planted a seed of deep gratitude in there, that we water with expressive, intrinsic motivation – until it will all bloom loud and clear.

The draft Darkstereo compilation album link has been emailed to all contributors. Please check your tracks (and my spelling) <3 ... See MoreSee Less